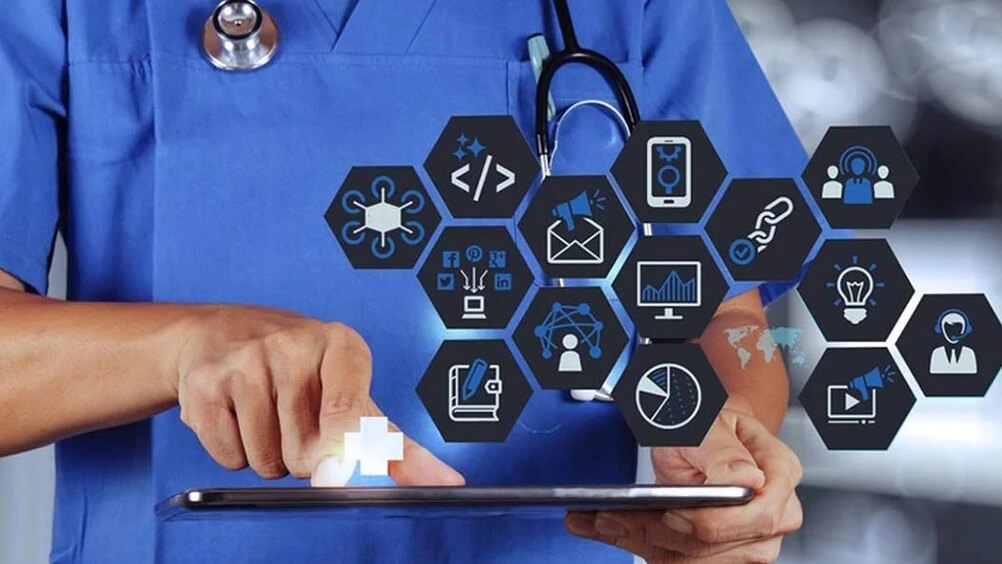 Artificial intelligence (AI) technology holds a lot of promise for the healthcare industry. If implemented well, tasks that are tedious, repetitive, or prone to human error could be automated, freeing human workers to set aside the paperwork and focus on caring for patients.

Not everyone expects AI to bring about a techno-utopia, though. For example, in January 2018 the online learning platform MindEdge surveyed 1,000 managers about the use of robotics and artificial intelligence in their industries. For healthcare in particular, they found that artificial intelligence has 21 percent of employees worried about their long-term job security.

In any industry, increased automation leads to worries that technology will replace workers. This is most prevalent in fields like technology and manufacturing, in which more than half of employees worry that their jobs will be eliminated due to technology.

In comparison, healthcare workers are feeling a lot more secure – but employees in healthcare aren’t just worried about their own jobs.

A March 2018 study conducted by LinkedIn asked more than 600 nurses for their opinions about different forms of healthcare technology. More than 82 percent reported positive feelings about the effects of tech on patient care, but AI stood out as the form of technology about which nurses were most skeptical. Their primary worries revolved around AI interference with patient relationships and replacement of the critical thinking skills that they rely on to do their jobs well.

Despite these valid concerns, patients aren’t necessarily as skeptical. Harvard Business Review reports that consumers are very open to AI technology, with about seventy-five percent using AI technology through wearables and mobile apps to manage their own health. Overall, in situations where convenience is a barrier to traditional healthcare, consumers seem very willing to embrace AI technologies. For example, the majority of consumers are happy to rely on AI for areas including:

The catch is that, while overall employment could increase dramatically, many existing job descriptions might become obsolete. Accenture explains that the creation of new AI-specific roles would be responsible for a large portion of the employment gains. For employees working in the industry today, acquiring new skills could be vital to staying relevant in the changing healthcare industry.

While all of this might seem like a gloomy forecast for current workers, that might not be the case. The Harvard Business Review’s analysis concluded that AI will actually make healthcare jobs better for workers. That’s because the new technologies will take over repetitive, tedious tasks, so that humans can focus on what they do best.

For example, instead of spending hours of every day leaving voicemail messages, a clinic’s front desk staff could focus on patient experience. Diagnostic technology could help doctors to catch illnesses more quickly, allowing for earlier treatment. And new roles will be created to work directly with AI, from implementing the new technology to evaluating the ethical implications of new applications.

In general, AI is poised to enhance human abilities in healthcare, not to replace them. Even though AI technology is becoming increasingly powerful, there’s still no substitute for human intuition, creativity, or social skills.

Want to learn more about how Luma Health is leveraging innovative new technology to improve healthcare workers’ job satisfaction? Go to www.lumahealth.io to learn more and request a personalized demo.

As COVID-19 continues to spread in the U.S., we're sharing the ways that clinics can effectively communicate with patients to ...