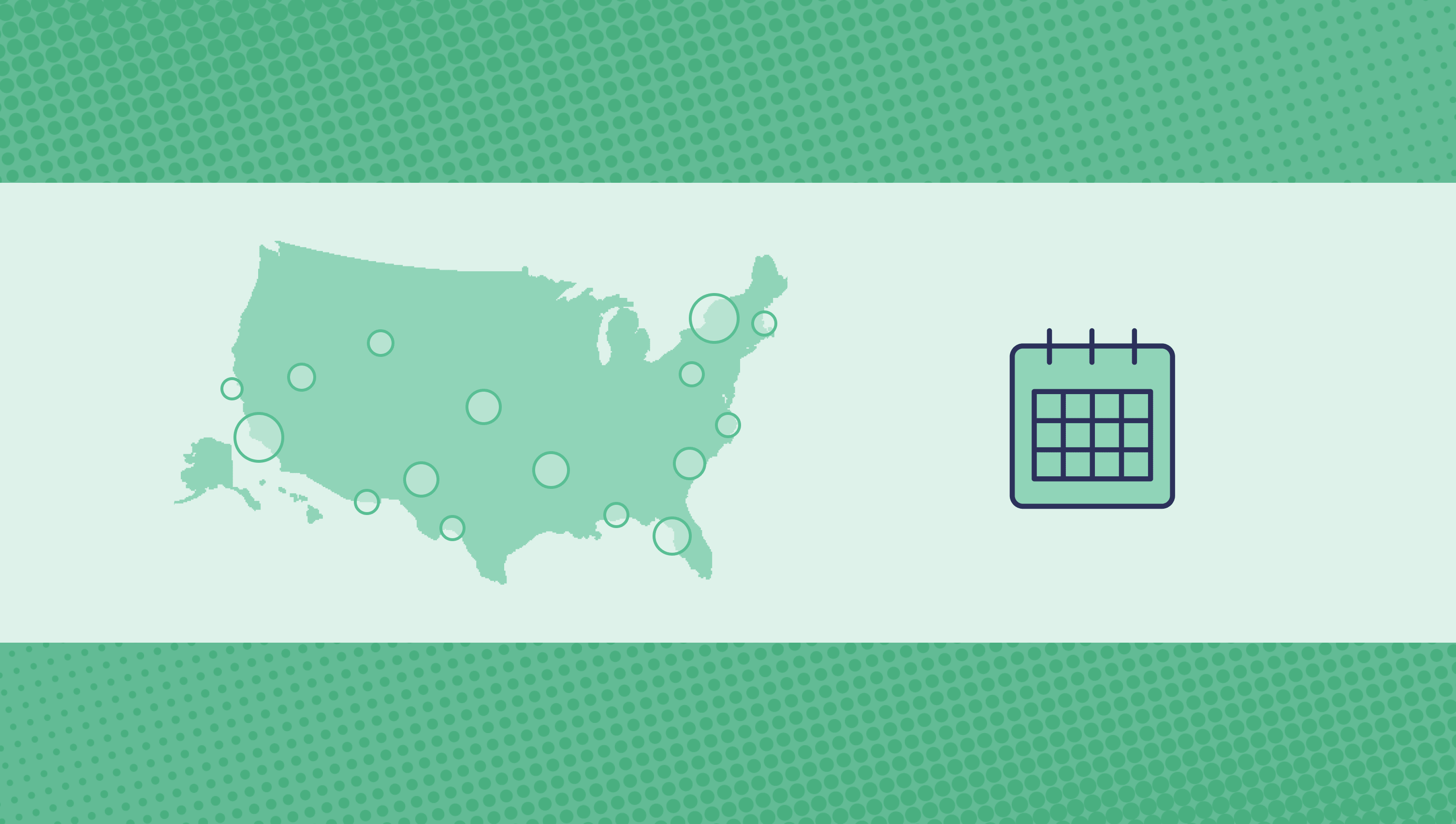 As COVID-19 spread across the United States it created an unprecedented challenge for ambulatory and non-critical healthcare providers to maintain access to care for their patients. On average, practices reported a 55% decrease in revenue and a 60% decrease in patient volume since the beginning of the pandemic.

Luma Health supports 15 thousand facilities serving a combined 14 million patients across the country. As the path of the virus continues to unfold we have been monitoring how healthcare appointment cancellation rates at clinics around the United States have been impacted, the resulting implications for business revenue and care gaps, and the potential for emerging Telehealth solutions to fill the gaps.

On March 15th New York City’s public schools system, the nation’s largest with 1.1 million students, announced that it would close.

Download this eBook for ideas on how preventive care campaigns can help recoup revenue lost to COVID-19.

On March 26th the United States officially led the world in confirmed cases with over 80,000 known cases and limited testing availability.

Click here to calculate your customized ROI estimate. We’ll get you an estimate on how Luna Health can help maximize business results for your clinic or system.

The map series quickly evolves into a noisy illustration of increasing cancellation rates by the third week of March, illustrating the path and destruction of the virus. The most substantial relative increases are concentrated in virus hot spots, including California and New York — the same areas with the highest number of confirmed cases on March 24th.

After peaking on March 22, appointment cancellation rates have slowly begun to stabilize, but still remain significantly above average. Confirmation rates have stabilized to a lesser extent as clinics have reduced appointment volumes and uncertainty leaves patients reasonably commitment-averse.

In the wake of unparalleled appointment cancellation rates, video conferencing technology has offered an alternative and promising avenue for patients to regain access to healthcare. Clinics that have embraced telehealth solutions have been able to recover appointment volume more efficiently while broadening care options for patients with chronic conditions, preventative care, and emergency screening. Although the virus is far from under control, it is encouraging to see healthcare systems quickly adopting telehealth solutions to bridge the healthcare access gap spawned by the pandemic.

The effect of COVID-19 on access to care is glaring when considering the immediate impact on appointment cancellation rates. As clinics reposition with alternative models of care, such as telehealth solutions, it’s increasingly clear that the pandemic has fundamentally changed the fabric of our healthcare system. To follow these trends and more, check out our latest data report based on findings from more than 5.7 million patient interactions on the Luma Health Total Patient Engagement Platform™: Covid-19 Ushers in Patient-First Care Model.