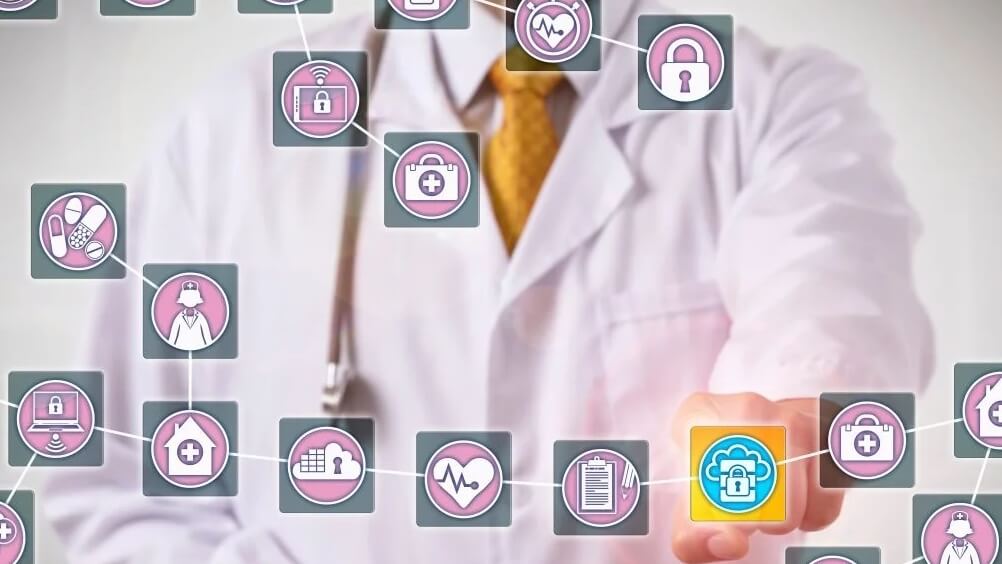 It may be best known as the foundation for the cryptocurrency Bitcoin, but blockchain technology is also causing a buzz for its potential applications in healthcare. How does it apply, anyway?

To put it very simply, blockchain technology makes it possible to store and access information in a distributed network, while precisely recording any changes to that information. It also makes it nearly impossible to tamper with the data in the blockchain, or to gain unauthorized access, which is why it works so well for currency.

But the financial world isn’t the only industry that can benefit from this technology. In fact, before blockchain became famous as the tech behind Bitcoin, it was originally developed in the early 1990s. The intended application was to allow documents to be time stamped in a way that could not be altered.

Watch our on-demand webinar to learn more about how to leverage reimbursable HIPAA-compliant virtual visits to deliver care and minimize appointment backlogs and cancellations.

These Are Your Medical Records on Blockchain

Just like the researchers trying to create stable timestamps on documents back in 1991, the healthcare industry is still working to implement more stable and comprehensive electronic record-keeping systems.

Blockchain technology could help solve this problem by providing a unified, secure network for medical records. This would allow healthcare providers to access current, complete data for their patients, as long as they have the appropriate authorization.

In 2017, a wave of ransomware attacks hit hospitals and healthcare companies around the globe, giving the world a glimpse of the damage that malicious hackers could do. Meanwhile, consumers want increased access to their healthcare records. As a result, the balance between transparency and cybersecurity is one of the top challenges for healthcare in 2018.

Because a blockchain is distributed by design, it might seem like there would be more opportunities to exploit any vulnerabilities in the system. The beauty of the blockchain, though, is that every node of the network must verify any changes to the data. This means that in order to tamper with the information in the blockchain, a hacker would have to take control of every point of the network.

With consumers increased desire for access to their healthcare records, the balance between transparency and cybersecurity is a top challenge.

If medical data moves to a distributed, encrypted system, this raises the question of who ultimately controls a patient’s records.

In this scenario, patients could grant access to any provider they interact with as they move through the healthcare system, and any changes would be automatically recorded throughout the blockchain. No more time-consuming phone calls, no more faxes, and no more lost records.

If patients have ownership of their own data, they are empowered to play a greater role in their own health and be better engaged with the care they receive.