We may be interns, but we’re not picking up coffee orders or making copies. Instead, Luma Health’s summer interns are tackling complex and exciting projects that provide real value for the company. From providing high-quality customer support to running social media operations to analyzing huge amounts of data, the interns are making a splash this summer. Let’s meet them!

Meet Aman, one of our Business Operations interns! Aman’s a rising sophomore at UC Berkeley, double majoring in biology and business. He’s highly engaged in the healthcare field, with a focus on helping others: he’s been a sports medicine intern for the Cal football team, the financial chair of his pre-med fraternity, and the founder of a club that provides career mentorship to high schoolers.

He came to Luma Health to continue pursuing his interests in business and healthcare, and he believes that Luma Health is a great way to positively impact patients outside of direct clinical care. Here, he works primarily in Salesforce, Periscope, and EHR research, all with the goal of helping our team leverage data to become more efficient. One of Aman’s favorite moments this summer was getting ice cream with our CEO, Adnan: he explains that one of his favorite aspects of startup work is everyone’s down-to-earth, laid-back personalities.

In his free time, Aman enjoys basketball, running, working out, spending time with his girlfriend, listening to Travis Scott and Jaden Smith, and frequenting the delicious food places in Berkeley (ask him for recommendations!). Fun fact: he lived in India when he was younger, and had a pet monkey named Bobo.

Amany is another one of our superstar Biz Ops interns! She hails from Redmond, Seattle, and is currently attending the University of Illinois at Urbana-Champaign as a rising junior majoring in political science and economics. This summer marks Amany’s first time living in California, and she loves living and working in what she thinks is such a fun place to be.

Amany was drawn to Luma Health because the company was a great fit for her interests, and its mission had personal significance to her. At school, Amany volunteers at a local nonprofit domestic shelter that provides a 24-hour care hotline for victims of domestic violence. In this role, she learned more about the struggles that many people, particularly uninsured domestic violence victims, face in accessing healthcare.

Here, she works on Biz Ops, and focuses on streamlining and optimizing internal processes on Salesforce to help the sales team be as efficient as possible. She loves attending our Weekly Scrum meetings to stay in tune with the rest of the company, and she appreciates the transparency of the company’s leaders. Amany’s also enjoyed going on coffee chats with fellow team members who have opened her eyes to new positions and taught her that she should keep exploring fields that interest her. Above all else, she thrives on the excitement in the workplace and the thrill of helping to build a company from the ground up.

In her free time, Amany enjoys reading nonfiction (her favorite book is Malcolm X’s autobiography); knitting; listening to music including Daniel Caesar, Frank Ocean, and Aminé; playing with her cat, Phoebe; watching movies, and learning how to play the ukulele. She is so thrilled to be at Luma Health this summer!

Never look back! Live in the present.

Kevin is our third Biz Ops intern! He’s a Bay Area native who stayed in the Bay for college: he attends UC Berkeley as a rising junior double-majoring in economics and biology. Last summer, he worked for a venture capital firm and also did lab research, piquing his interest in both fields. He decided that this summer he wanted to merge those two interests by doing business work at a healthcare startup—so here he is!

On the Biz Ops team, Kevin researches the pricing and positioning of the Luma Health product, building a strong knowledge base to help all teams market the product and demonstrate its value. His favorite experience at Luma Health has been our Lunch and Learn sessions, especially the first one, where a Luma Health customer discussed his positive experience using the platform. Another favorite experience has been his coffee chats with other team members, which he says have revolutionized his career goals by opening his eyes to a wide range of possibilities.

In his spare time, Kevin plays tennis, enjoys hiking, listens to Vince Staples and Chance the Rapper, watches TV, and roots for his favorite teams, including Liverpool FC. He also identifies as a big foodie who appreciates the finer foods in life. His ideal Bay Area day is to pick up a burrito from La Taqueria in SF’s Mission District, eat the burrito at Dolores Park, then head over to Dandelion’s Chocolate for a tasty dessert. Ultimately, Kevin hopes that he has made as positive an impact on Luma Health as it’s made on him.

It’s a marathon, not a sprint!

Meet Pujan, our Customer Success intern! A transplant from Michigan, he’s a rising senior at Oakland University in Rochester Hills, Michigan, studying Computer Science Engineering and Business. He hopes to use his engineering skills to make an impact in the healthcare system. Pujan came to San Francisco because of its reputation as a hotbed of technological innovation, and he was immediately drawn to Luma Health’s appealing mix of healthcare and technology. His last job was as a product management intern in Chicago, working for a small startup in the Series A stage; this role helped Pujan acquire the skills he needed to thrive at Luma Health.

In his role as a CS intern, Pujan provides technical support to our customers, fixing any bugs in the product and giving customers clear instructions for navigating our platform. He really enjoys working under Kate, his department head, and has appreciated the fun challenge of problem-solving that the Customer Success team tackles every day.

Outside of work, Pujan has a diverse array of exciting hobbies. He’s an avid photographer and an automotive enthusiast: in his free time, Pujan works on cars, modifying them both mechanically and aesthetically. He also likes meeting new people, hiking, watching the Detroit Pistons and Detroit Lions, and listening to hip-hop music. We interns believe that Pujan is, quite possibly, the most interesting man in the world.

Don’t let your background define you.

Zheng is our Engineering intern this summer! Born in Malaysia, he came to the United States for college, and just completed his degree in Electrical Engineering from the University of Washington-Seattle (next stop, his Masters!). Although he studies electrical engineering, his passion is for software engineering, because he thinks building things is super fun. Zheng’s empathy for others and his desire to positively impact people’s lives has interested him in healthcare and ultimately led him to Luma Health.

During his internship, Zheng’s been working on machine learning and artificial intelligence. He’s building a command-line interface that makes it easier to display data, and has been doing regular code reviews on GitHub. Working at a smaller company has helped him feel as though his work is more impactful, as his contributions are already being directly integrated into the Luma Health product.

When he’s not coding, Zheng likes to hang out with his friends; he especially loves hiking around Washington’s national parks. Some of Zheng’s favorite musical artists include The 1975, George Ezra, Guns and Roses, and ACDC, and fun fact: he is a huge fan of country music. Another fascinating fact about Zheng: some people, including his mom, report that he sleeps with his eyes open. It’s been great getting to know Zheng this summer, and we can’t wait to see what software innovations he develops next!

Be a better person today than you were yesterday.

Rich is a Sales Development Intern who’s passionate about sales and excited to make an impact at Luma Health! He’s been working in the sales field for several years, ever since discovering that he had a natural knack for selling to people. He’s worked for CitiBank, Uber, and more, while also completing an intense sales bootcamp. All of these experiences helped him develop the interpersonal skills and technical knowledge he needed to thrive at Luma Health.

Rich joined Luma Health because the company’s mission resonated with him, and he immediately connected with the positive energy he felt in the office. His favorite memories here have been the office happy hour events, which have helped him develop a strong bond with his coworkers. Rich also enjoys taking part in the sales team’s training sessions, because he adheres to the “Always Be Learning” philosophy and knows that he can always learn something new from his fellow salespeople.

Outside of work, he is an avid sports fan, rooting for his homegrown Bay Area teams like the Warriors, Giants, and Sharks. Some of his favorite musical artists are John Legend, Bruno Mars, The Weeknd, and Justin Timberlake. He’s into fitness, reading, and traveling, and above all else, he loves to spend time with his family and friends.

It’s nice to be important, but it’s more important to be nice.

Hello, world! I’m Lauren, this summer’s Content Marketing Intern! I’m a rising sophomore at Pomona College, studying Public Policy Analysis with a Sociology concentration. While I migrated down to Southern California for college, my loyalty still lies with the Bay Area, where I was born and raised. I’m so excited to be back in the Bay this summer working at Luma Health!

This summer, I’ve been running our company’s social media channels (shameless plug: follow us on Twitter!) and have been in charge of developing new, engaging content for social media and beyond. I’ve also been posting on our blog, contributing to datasheets, providing copyediting, and more. It’s been an incredible opportunity to build my communication skills in so many different ways. Plus, the workplace culture is incredibly positive and supportive. Some of my favorite memories have been team-building events like Game Night, intern hangouts, our escape room outing, and our marketing team lunch. We truly have a great team here, and I love being a part of it!

In my free time, I like to hike, swim, read, listen to music, spend time with friends and family, and work on crossword puzzles. I also have an unfortunate penchant for starting Netflix shows and never finishing them. And one of my favorite things to do is meeting new people, which has made my experience at Luma Health so much fun—I wouldn’t want to have spent my summer any other way! 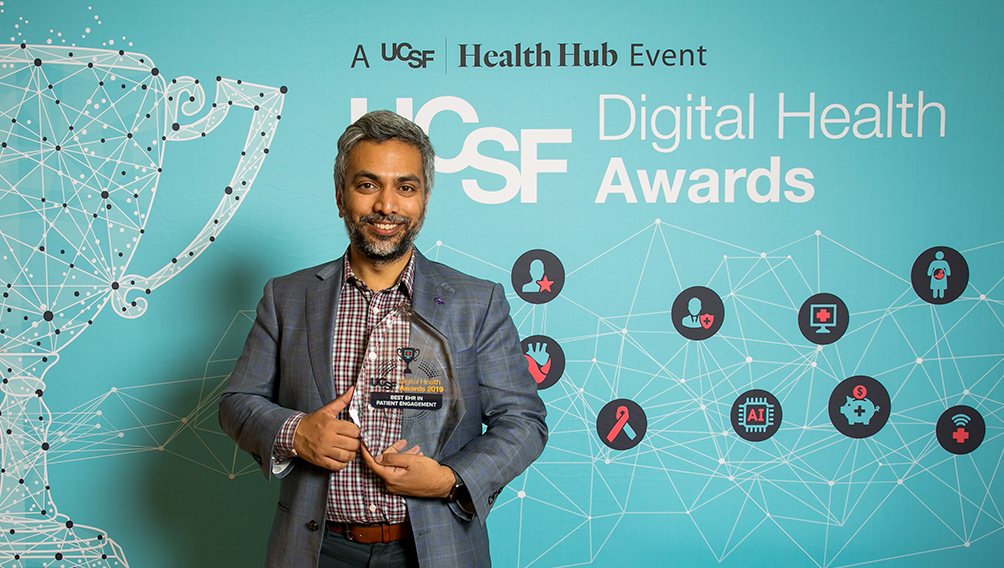 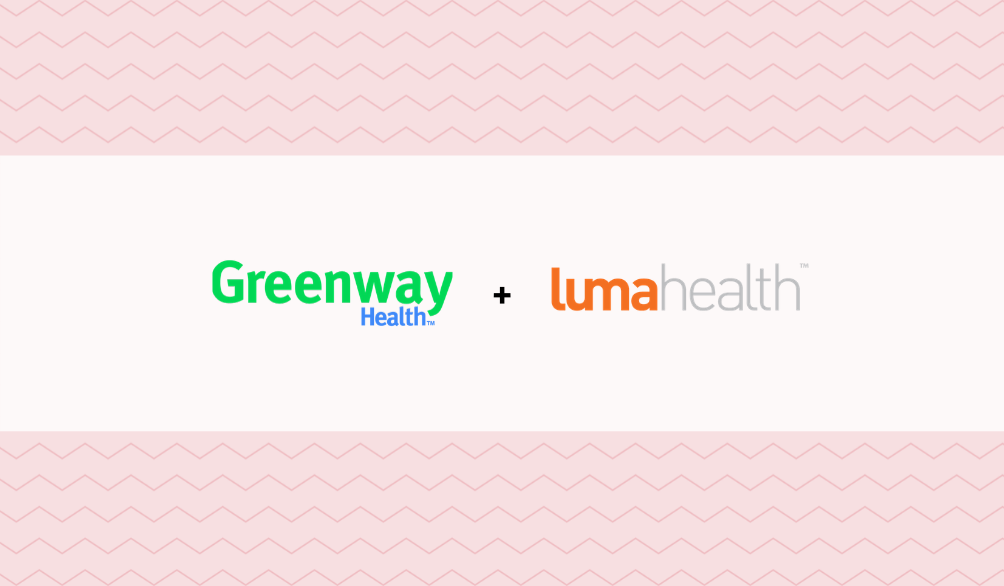